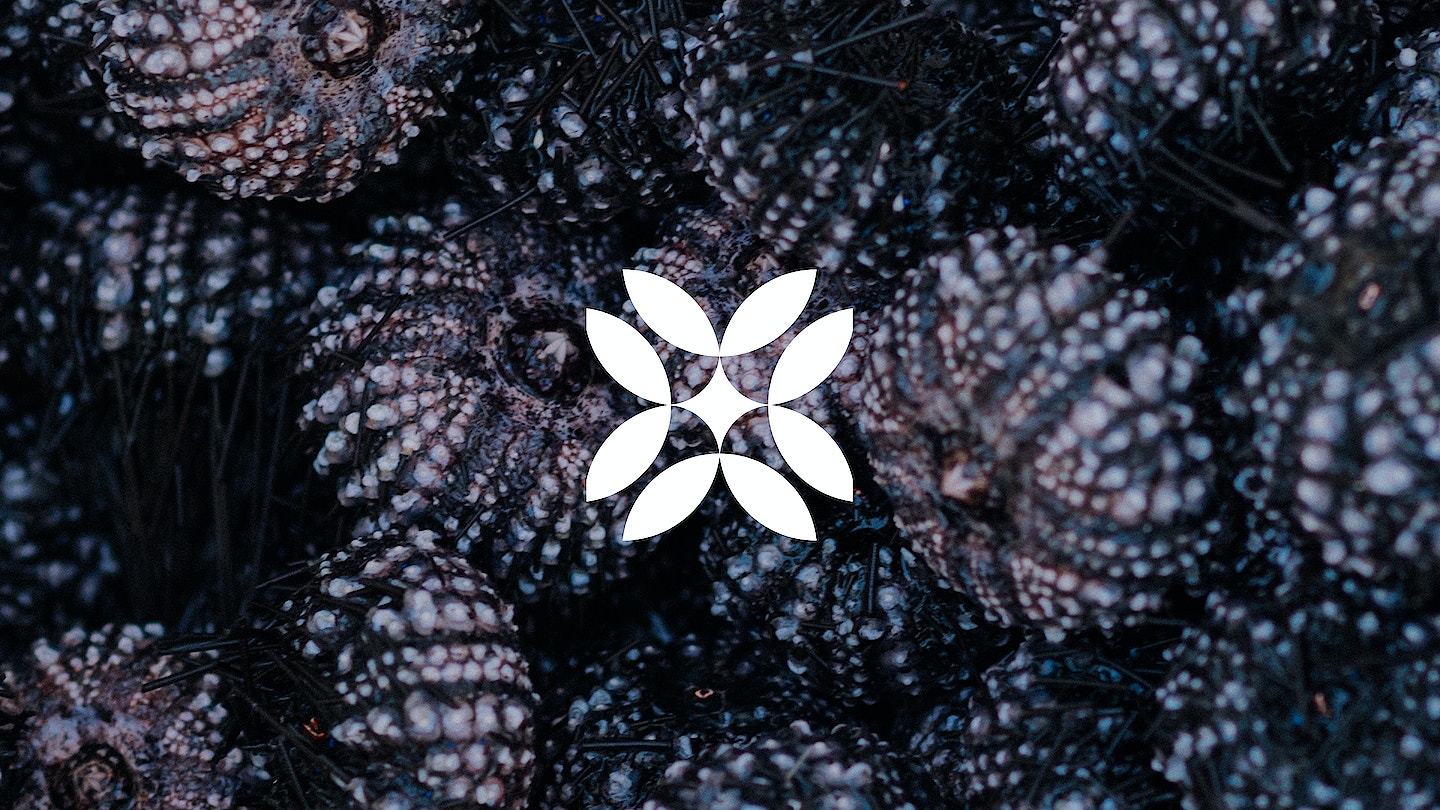 The Carbon Bridge to Circular Economies

By Destana Herring and Eva Wallack

Historically, climate and environmental investing have focused primarily on clean energy, centering around the development and increased utilization of renewable energy. Fossil fuel consumption was identified as a driving source of pollution, and climate investing became synonymous with renewable energy efforts. While capital poured into decarbonization and transportation, the traditional consumer industries and supply chains continued, business as usual. As recent research initiatives begin to illustrate the $4.5T importance of “decoupling economic growth from natural resource consumption,” Regeneration.VC has identified an opportunity to engage and empower a key stakeholder group that has been effectively sidelined: consumers.

Today, it is difficult to ignore shifting attitudes around the clothes we buy, food we eat, and products we use. Extended producer responsibility conversations, straining global supply chains, and growing consumer awareness aligned the economic interests of three key stakeholders: manufacturers, distributors, and consumers. Among these groups lies a chance to address the 45% of greenhouse gas emissions not addressed by efforts to transition to clean energy. Born of interdisciplinary design principles that were championed two decades ago by an architect and chemist duo, the circular economy offers a framework to innovate production systems and supply chains with renewed appreciation for our natural ecosystems.

The circular economy has been around far longer than most folks recognize. The greatest designer of all time, Mother Nature, exemplifies circularity; living systems have evolved to symbiotically consume, reuse, and coexist. Product lifetime extension, sharing economies, and design for disassembly are a few example tenets of a framework that prioritizes waste reduction and resource management.

Post-Industrial Revolution, humankind has shown difficulty replicating the circular lifecycles most natural systems exhibit. Today, over 90% of materials we produce end up polluting native ecosystems; one-third of the global food supply is tossed; and fashion & textiles account for 20% of industrial water pollution. Not only do these linear economy outcomes threaten biodiversity and endanger other species, people are struggling to keep afloat in seas of our own waste and pollution. But, this is not another Doomsday story, rather a call to action. The time has come to focus our energies on cultivating circular solutions which can simultaneously close the gap for energy transitions and open the door to a next generation of products and materials.

Decades of international climate negotiations have produced several overarching standards that offer structure and common language for climate technology innovation. One of the most widely recognized is the concept of net-zero emissions.

Initially popularized by the Paris Agreement, net-zero emissions translates to minimizing the production of greenhouse gas emissions and re-absorbing the remainder. Though this concept has quickly become the face of global climate discourse, the Science Based Targets initiative (SBTi) partnership provides a more robust school of thought to inform private sector decarbonization efforts.

“Direct air capture solves a unique problem in the CO2 utilization markets because we can set up our machines at the site where the CO2 is required. This cuts out two major issues in the CO2 utilization industry: availability and cost of transportation. As a result, we can unlock the potential of CO2 as an industrial feedstock. Additionally, without massive removals of CO2 from the atmosphere, we will not come close to achieving the climate goals set by the scientific community or mitigating the worst effects of catastrophic climate change.”

In excess, carbon dioxide is a global pollutant found in any region on Earth. Today, three main channels exist for circulating captured carbon dioxide. The first is carbon uptake. Feeding excess carbon dioxide to hyper-efficient photosynthetic organisms like algae can produce biofuels, fertilizers, and food. For example, fungal-dominant composts can rapidly consume carbon dioxide while detoxifying soil. The second option is a process called mineralization. Carbon dioxide can mineralize with alkaline reactants to produce materials like cement and other inorganic bicarbonates. Third, carbon dioxide can be chemically upcycled into new materials including biofuels, bioplastics, carbon fibers, and more.

'The New Language of Carbon': Early pioneer of the circular carbon economy and Regeneration.VC Strategic Advisor, Bill McDonough has fought for years to share a more insightful perspective on carbon management. From McDonough's viewpoint, carbon emission reduction strategies and global taxonomies present a misleading framework that positions “carbon” as an enemy. In contrast, McDonough delineates carbon emissions as a byproduct of linear production (“fugitive carbon”), input for circular economies (“durable carbon”), or a safe component of natural ecosystems (“living carbon”). Not only is this positioning more informative of the essential role carbon already plays, it presents an exciting circular opportunity to repurpose waste (emissions) and buy Earth time to regenerate.

CCUS solutions hold massive potential to help achieve net zero emissions targets. The Center for Climate and Energy Solutions estimates that CCUS technology “can achieve 14% of the global greenhouse gas emissions reductions needed by 2050 (~1.4Gt annually) and is viewed as the only practical way to achieve deep decarbonization in the industrial sector.” According to the International Energy Agency, current carbon capture technology has the capacity to sequester 40 MtCO2, annually – approximately triple 2010 capacity. Putting that figure in perspective, global fertilizer production uses ~125 MtCO2 annually. Looking forward, the CCUS market is expected to grow at a 13.8% CAGR and pass $7B by 2030. As the U.S. currently employs about 75% of the global carbon capture capacity to support enhanced oil recovery – a seemingly redundant use of this technology from the climate’s perspective – the CCUS market is evidently nascent. We believe this market is poised for explosive growth as compelling use cases emerge and regulatory tailwinds align with international climate goals.

As an early-stage climate tech investment firm, Regeneration.VC has screened a number of promising carbon capture technology businesses, the most promising of which goes by the name of CleanO2 Carbon Capture Technologies (“CleanO2”), the first Regeneration.VC portfolio company. This small team in Alberta, Canada leveraged expertise in commercial property infrastructure to build patented carbon capture property technology, dubbed the “CarbinX” unit. Targeting the majority of 6M commercial & industrial North American properties using natural gas heating, CleanO2 retrofits HVAC systems with their CabinX unit to capture up to ~9 Mt CO2 (20,000lbs) and reduce energy consumption up to 20% through heat transfer, annually. The company chemically sequesters emissions into a non-toxic carbonate which is added to their premium handmade soaps, other cleaning products, and even fertilizers. Beyond this consumer application, potassium carbonate is a valuable global commodity with conventionally energy and water-intensive production methods.

“CleanO2 aims to lead the market with green chemistry approaches to consumer goods that support efforts to create a circular economy and decarbonize the HVAC industry. I see the CCUS industry in the same position that personal computing was in the ‘80s. In the not-so-distant future, we will see carbon-restrictive technologies become commonplace in every sector.”

Three indicators show that scaled CCUS solutions are not far-off: (1) the market opportunity is large and growing fast, (2) this technology is necessary to achieve global climate targets, (3) there is already an array of boundary-pushing ventures in this ecosystem. While clean energy providers vie to optimize their technologies, scale energy grid infrastructures, and fend off oil & gas lobbying efforts, fugitive carbon continues to further planetary degradation. We need the help of a rich ecosystem of ambitious innovators, researchers, and regulators to reimagine carbon emissions – viewed not as an enemy, but a valuable circular input and naturally abundant resource. Without this circular economy collaboration, net zero may forever remain out of reach. Imagine… your next bar of soap, sunglasses, or t-shirt just might help move the needle.

Thank you to everyone who helped make this note possible. Special thanks to the following: